As major AAA releases begin dropping day in, day out, the trickle of classic reissues has momentarily slowed, but if you're looking for something a little outside of the roundup's purview, allow me to draw your attention to the Switch-exclusive BurgerTime Party!, the first entry in the classic Data East series in almost ten years, the first new console game produced with Data East IP by brand owners G-Mode and a game with a physical print run that can probably be counted on your fingers. It also looks more than a little like Cuphead, but I hear that's kind of a thing at the moment.

The Legend of Kage 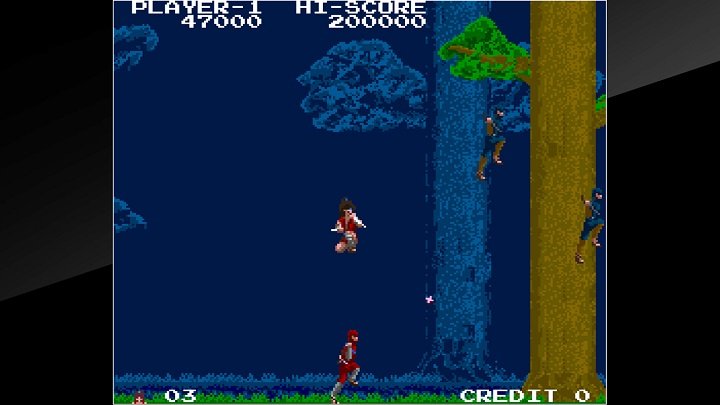 What's this? A sidescrolling ninja action game with cinematic flourishes, developed and distributed in arcades by Taito in 1985; run through the forest, traverse the waterway, ascend the temple, climb the stairs, rescue the princess and jump eighty feet in the air like a moonwalker.

Why should I care? You wish Ninja Spirit was less ruthless, less bleak and over in about eight minutes.

Helpful tip: The "MSM5232" and "YM2203" versions listed on the Arcade Archives menu refer to the two audio chips for which The Legend of Kage was programmed: despite only being manufactured with the higher-spec YM2203 FM oscillator, the game ROM retains the audio data written for the lower-spec MSM5232 chip, and this package allows you to choose whichever option you prefer.

I FORGOT TO MENTION THIS LAST WEEK, WHAT THE HELL 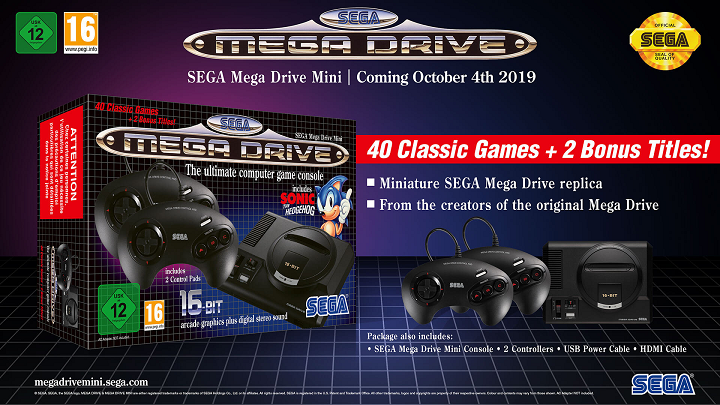 What's this? Sega's return fire at the NES and SNES Classic, featuring 40 classic first- and third-party Genesis/Mega Drive games, replica USB-equipped controllers (with 3 buttons overseas and 6 buttons in Japan and Asia), software emulation by the veterans at M2, menu music by Yuzo Koshiro, hardware design and production by Sega of Japan and a neat little volume slider that rattles when you shake the console, plus two brand-new, genuine-spec Mega Drive games to top it off: a fresh port of the infamously-rare Sega Tetris and a new port of Taito's late-'80s shooting game Darius, produced in collaboration with an intrepid Japanese hobbyist.

Why should I care? Where the NES and SNES Classic went for surefire hits and the PS Classic went for... whatever it went for, the Genesis Mini has gone for the "time capsule" approach, with a wide, varied, and somewhat surprising assembly of games curated to demonstrate the evolution of the software library from launch to sunset and beyond; some individual choices are questionable and the included library isn't as all-encompassing as they may have intended, even at 40+ games — is it really a Genesis without a single sports title or unwanted copy of Shaq Fu? — they've nonetheless produced a worthy console that completely, unquestionably, no takebacks won the 16-bit console wars. (If none of that convinces you to buy one, at least be content in the knowledge that it's pushing the awful Genesis Flashback off shelves, presumably for good.)

Helpful tip: The Genesis Mini defaults to North American ROMs when set to English but, being a PAL-region system, the European/Australasian Mega Drive Mini defaults to PAL ROMs when set to English, with the US ROMs tucked away in some rather unintuitive locations; perhaps the most crucial North American ROMs—Castlevania Bloodlines and Contra Hard Corps—are only accessible by setting the system menu to Korean.

From the creator of the recent Gradius III SA-1 patch comes a new enhancement patch for another Konami SNES classic, Contra III! This isn't a game that necessarily demands a additional processor to reduce slowdown in the way Gradius III might, but, as with most games of this era, the two-player co-op mode can push the game a little past its limits, so the option to maintain a rock-solid game speed is welcome.As with the previous patch, this'll work on authentic hardware via flashcarts with SA-I enhancement chip support like SD2SNES. 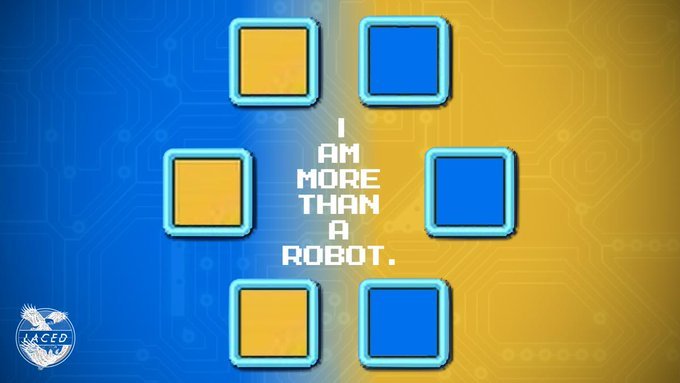 ...that;s it, that's the whole teaser. The icon array is obviously referencing the original Mega Man, but I believe the quote is from a later game, and six slots could mean six NES games... y'know what, just keep an eye on Laced Records' Twitter account tomorrow to find out exactly what this is.