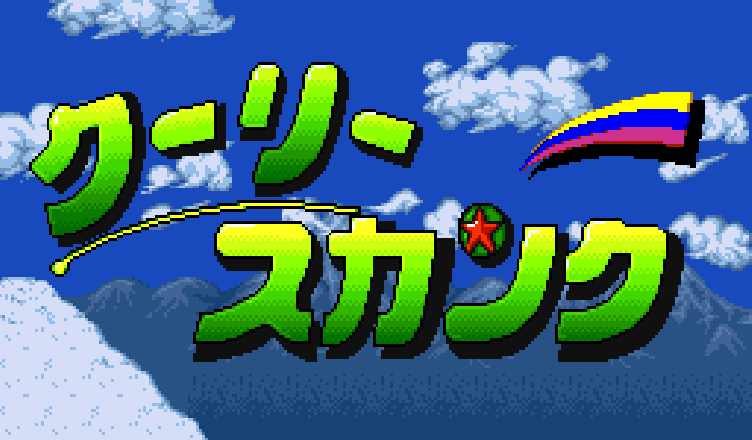 While many unreleased games never get to see the light of day beyond blurry screenshots in old magazines of days past, Cooly Skunk (released in the US under the title Punky Skunk) is one of the few games that holds the unique distinction of having been cancelled several times before ultimately ending up released on a completely different platform than it started off on. Initially released on November 1, 1996 in Japan for the original PlayStation, Cooly Skunk was, for lack of a better term, a relative stinker that didn’t generate much buzz around release. Even the game’s lack of a real instruction manual, which instead was a simple two-page sheet of paper, hints at a troubled development that was perhaps rushed out the door sooner than it could be given the proper care that all the years of work behind it deserved.

Originally, development of Cooly Skunk began as a completely different project at the behest of publisher BPS of Tetris fame, who were looking to enter into the market for games oriented towards a younger audience. Developer Ukiyotei took on the project hoping to make a mascot character for BPS, but these plans fell through once BPS decided to change its direction, leaving Ukiyotei with a finished game but no publisher.

A little digging reveals that this initial completed project was most likely “Metamoru Kid Guumin”, an unreleased SFC title previewed back in 1994 as being a BPS published platformer. One look and it doesn’t take long to see some similarities in graphics style; the bottom left shot in the magazine preview below in particular shows the hero rolling through a set of enemies that look awfully similar to the mice in Cooly Skunk. The penguin and monkey transformations could possibly be what also carried over to Cooly’s snowboarding and pogostick mechanics, respectively.

As game director Kenshi Naruse remarked in an interview about the game’s development, development on this first title started with the intent on creating something similar to the Sony/Epic title “Sky Blazer”, another Ukiyotei developed title, this time for a younger crowd. Similarities start cropping up when comparing this game with Cooly Skunk as well.

Not wanting to completely abandon the work they put in, the project was then proposed to an unknown publisher called Visit, who suggested that the engine made in their first attempt at the game could be repurposed for a new project. At this point, Mr. Naruse saw a shift in the gaming market. As he explains, “the PlayStation had been released in Japan, but the SNES was still going strong in the US, so the project’s focus shifted to the North American market.”

With a new target market in mind, development pushed forward on a new game with a new character for the US market. 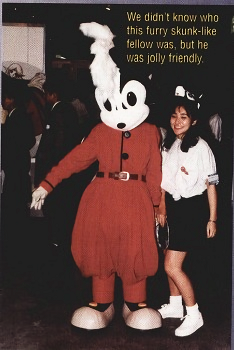 Unfortunately, even though this second iteration of the game also reached completion, the release of the PlayStation in the West had such a sharp effect on the market that the SNES was no longer viable for profits, with even buyers who were on-board with retailing the game backing out. This forced yet again the cancellation of what was apparently another finished product.

From here Ukiyotei took it upon themselves to learn the PlayStation hardware, using assets from the Cooly Skunk project as they figured their way around making another 2D platformer for the new and unfamiliar system. Naruse saw this as a golden opportunity. As he explains, “we contacted Visit and asked if they would be OK with us making it on the PlayStation again. They were fine with us using the Cooly character again, but only on the condition that stuff such as the backgrounds matched what the PlayStation was capable of.”

Fast forward to late 2019, a BS-X “8M” cartridge for the Satellaview modem peripheral labeled as “Cooly Skunk” was found to be sitting in a display case at the retro game store “Super Potato”, located in Akihabara, Toyko for a mere 54,980 yen (about $500 USD). Until this point, there was little public knowledge that the game had ever been broadcast over Nintendo’s Satellaview service in Japan, but some searching on various Japanese webpages reveals that it had in fact at one time been broadcast in the form of a playable demo (and also as one of only 2 known broadcast titles which had a cancelled retail release). Judging by the 1996 date on the game’s title screen and the overall completeness of the game itself, it can be assumed that this broadcast was a showing of all that Visit had accomplished on the title at the time of its cancellation as a SNES title, possibly before plans to put it on the PlayStation had even been made. 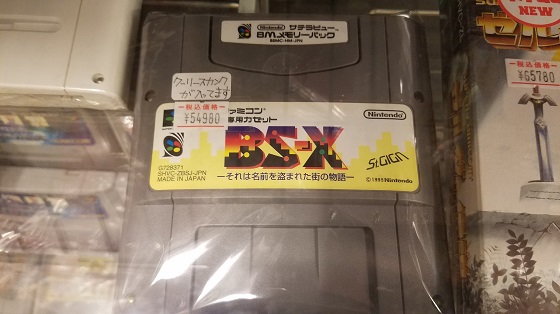 Surprisingly, although you can only play through the game’s first three worlds before being thrown back to the title screen, some minor hacking reveals the rest of the whole game to be in here as well, including the final boss and end credits.

Thanks to the efforts of ROM hacker MasterF0x, the whole game can be played through from start to finish. You can find a link to this here.

The game was secured by user billscat-socks and a fundraiser was put together that successfully reached our goal to cover the costs of the cartridge within only one hour! We would like to thank the following people for their extremely generous donations: VZ_Blade, NijiMarii, robotortis, UHAVEBETRAYEDME, LittleToonCat, LeakyComet, bandzicoot, GaucheArtist, buffalo_weeks, bmichelmd, John, mossmouth, Kelsey Lewin, RetroRomper, Frank Cifaldi, Carnivol, OKeijiDragon and Cauterize. Also massive thanks to sanmaiwashi for helping us to preserve and dump the game. Without help from everyone, the preservation of Cooly Skunk would never have been possible.