All Together Then: The Animated Batman

What do we know about Batman, really? We know he's a man who is also a bat. And I, personally, can assure you that he's been in plenty of comics, movies and video games. It's quite serendipitous that some of those videogames are based on Batman's animated series' (such as, erm, Batman: The Animated Series), because it's those TV tie-ins I will be taking a Bat-squint at today. Four animated shows, four games. 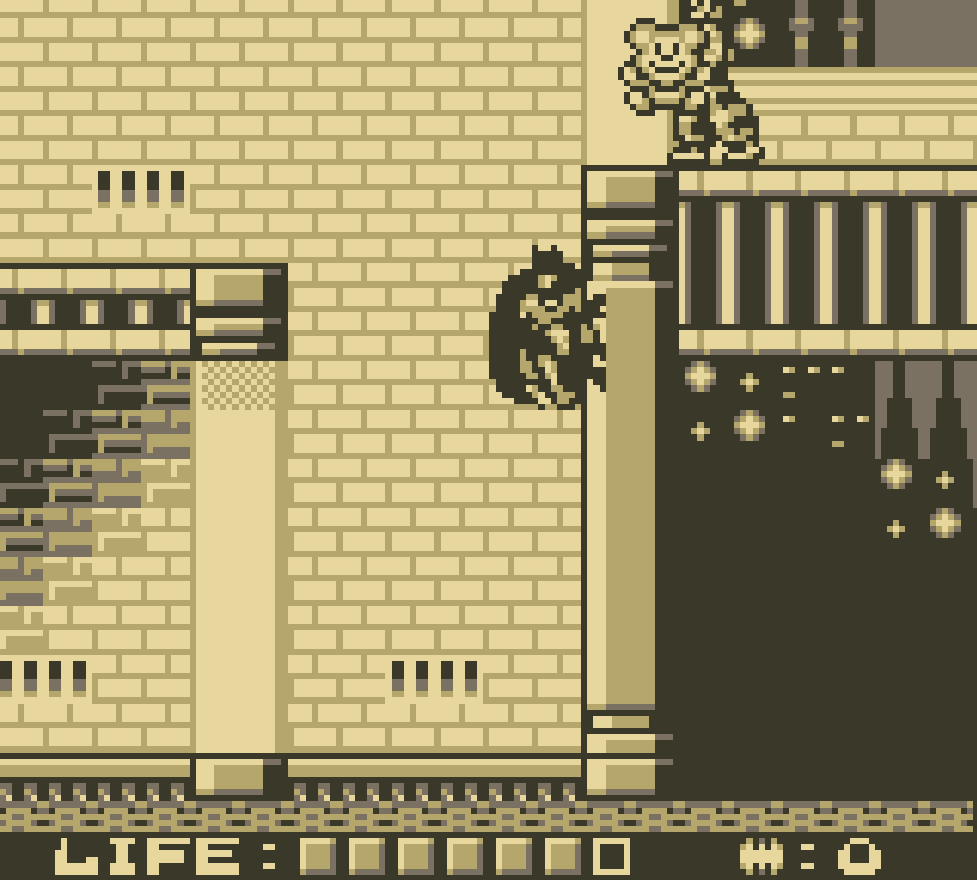 This typically basic monochrome platformer seems to take some cues from Sunsoft's tremendous NES classic Batman (based loosely on the 1989 movie), with a similar gameplay loop - you run, you punch and you can even wall jump in exactly the same way. Unfortunately the association ends rather abruptly there, because while Sunsoft's game is a very good and atmospheric title, Konami's is banal and unimpressive. The backgrounds are a little busy for the blurry original Game Boy screen and combined with the stiff sprites it's a deeply unappealing experience. It's not an auspicious start for these Bat-adaptations, I'm afraid. 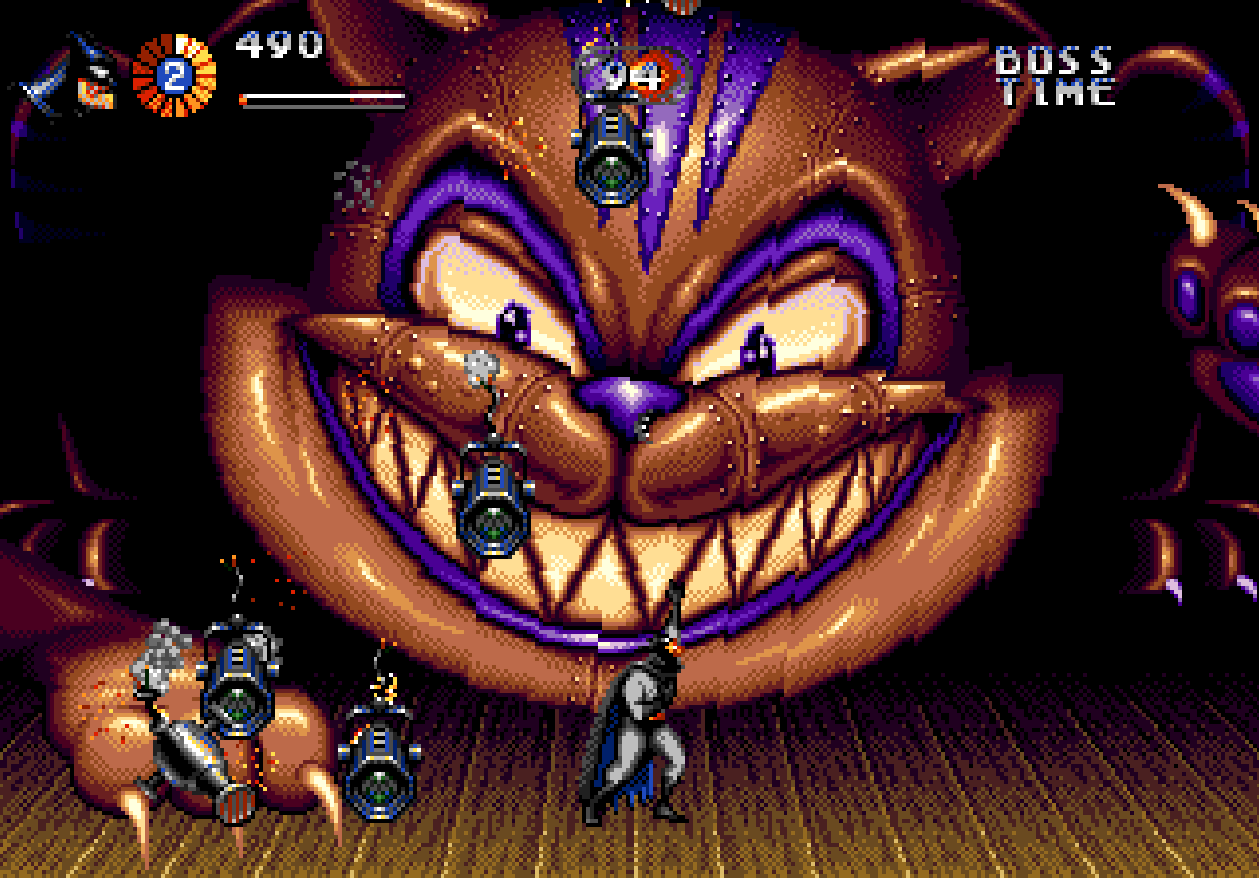 From short-lived developer Clockwork Tortoise came this absolute astonishing technical showpiece, a Contra-esque nuclear meltdown of a game with outrageous set-pieces and frankly incredible graphics and sound being thrown out of Sega's humble 16-bit like it's trying to prove a point. Seriously, the battle with Mad Hatter is breathtaking stuff and it boggles the mind that it was wrestled out of what was at the time a five year-old system. Sadly the gameplay doesn't quite match the ambition - as fun as it is initially, the difficulty is pitched way too high and the levels are entirely too long. Despite these issues, it's definitely worth a look just to marvel at the demoscene-esque visuals that even Treasure would salivate over. Here's the level skip: Pause, and hit B, A, down, B, A, down, left, up, C (bad bad luck). 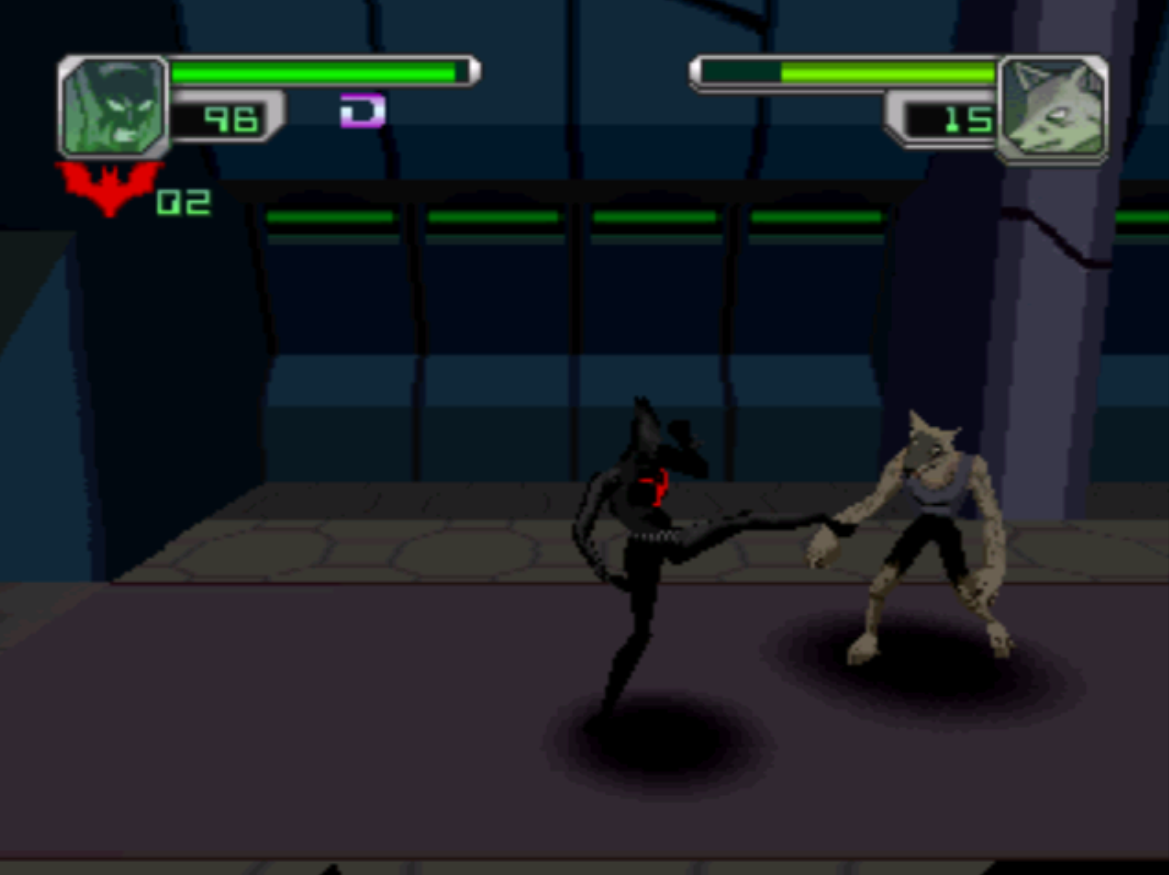 Batman Beyond's shockingly dark direct-to-video movie becomes a shockingly crap game as Terry McGinnis' "Batman of the Future" (as the series was bizarrely retitled outside the USA) takes a starring role in one of the worse belt-scrollers I've ever played. It's all completely free of impact with your hits barely seeming to register as you clumsily trade blows with idiotic enemies to no excitement whatsoever. Every enemy can be defeated in much the same way, and while different suits and weapons are available, there's very little cause to use them. It's ugly as sin, too, with bland, empty-feeling environments and poor character models. Presentation is also weak, with no animated cutscenes, instead opting for the still images with text that you'd expect from a game of the previous generation. The only saving grace is some decently sleazy music in the PS1 version. 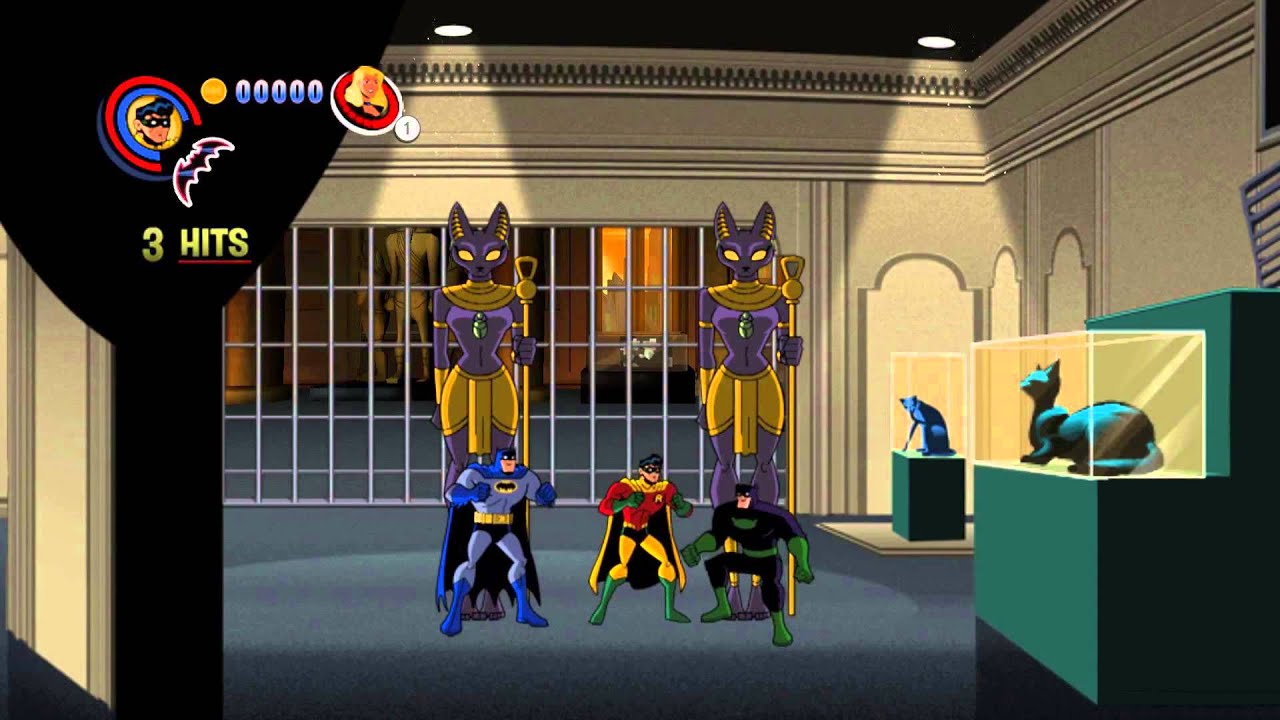 This game isn't quite retro, but I'm picking it anyway because, damnit, it's retro-esque and it deserves more eyes on it. Based on the superb light-hearted genre-hopping cartoon, Batman: The Brave and the Bold - The Videogame is an absolute joy from WayForward, a joyous co-op beat-'em-down platformer with style to spare and fantastic fidelity to the TV show. Each stage is paced and designed as an episode of the TV series (complete with unrelated cold opening!), and there's plenty of joyous banter to go along with the compelling punching action. It's challenging stuff, best played with a friend, and you'll need to ration your assists carefully - indeed, as you play through the game, you'll unlock DC superheroes like Booster Gold, Green Arrow, etc to jump in and clear the screen for you. Overall, it's one of the best Batman games, and the DS version isn't halfway bad, either. Highly recommended stuff.