Alienware is best known for its beefy gaming laptops and preconfigured desktop rigs, but at CES 2020, the company showed off a wild new prototype, the Concept UFO. It’s a full Windows 10 gaming PC, shrunken down into a very similar form factor to a Nintendo Switch — complete with detachable controllers and a dock to hook it up to a TV or monitor.

The Concept UFO consists of four pieces: there’s a main “head” unit, which has an eight-inch, 1200p display; the battery; and all the processing and graphic hardware. There are two controllers, which attach through an enjoyably solid magnetic rail system. And there’s a “hub” unit that’s similar to the Joy-Con controller grip, which allows the two separate controller halves to combine into a single controller for playing either on the head unit (which, like the Switch, has a built-in kickstand) or on a connected monitor.

USB-C ports are located on both the top and bottom of the Concept UFO, which can be used to both charge the device and connect it to an external monitor. Given that the Concept UFO runs regular Windows 10, you can also use those ports to connect a mouse and keyboard for use as a regular PC. 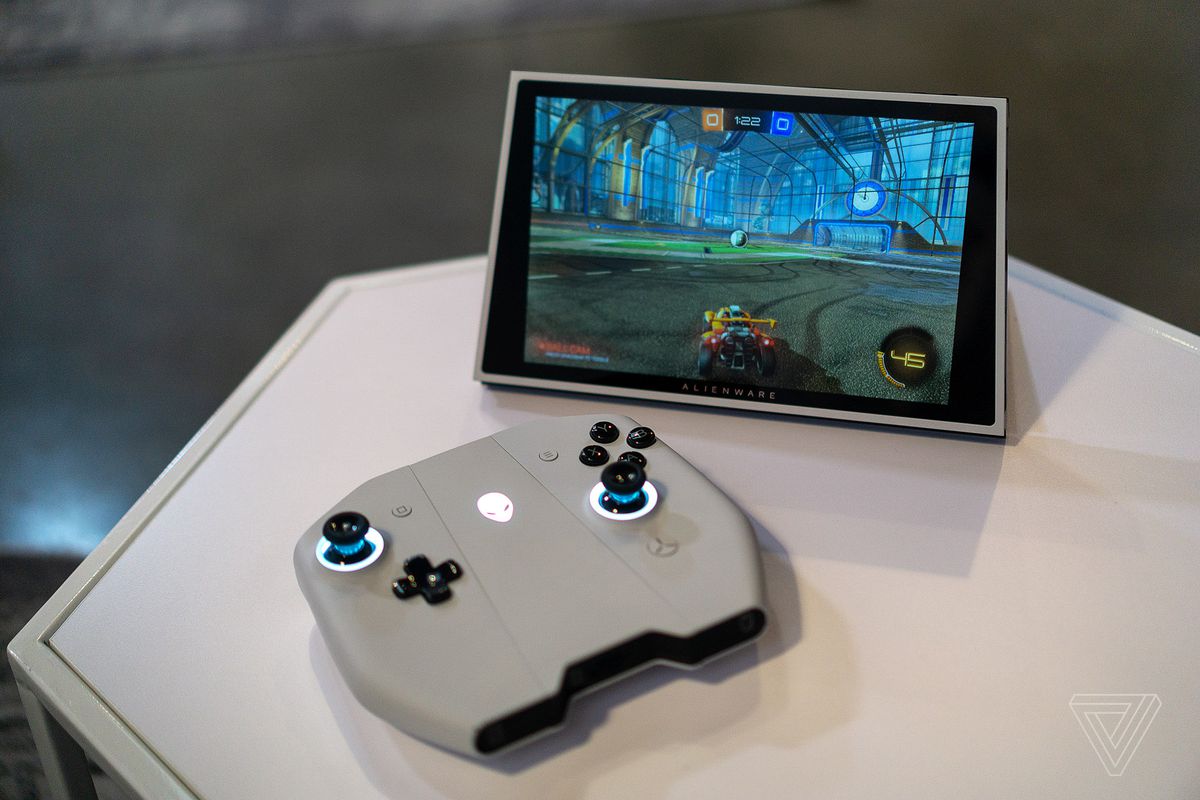 The entire thing weighs just under two pounds, which is more than three times what the Switch weighs, but it was comfortable enough to hold in my limited time with it. The entire thing looks very Alienware-y, too, with white plastic, hexagon accents, and sharp angles everywhere.

The prototype I got to try out was surprisingly functional, with working demos of a variety of games, including Rocket League, F1 2019, and Mortal Kombat 11. Obviously, they’re not the best graphics ever seen for any of these games, but gameplay was smooth and lag free, and looked far better than comparable ports on a Switch.

The Concept UFO runs a custom launcher on top of Windows 10, but the underlying software is still standard Windows: launching a game like Rocket League actually brings up the usual Steam launch dialog. 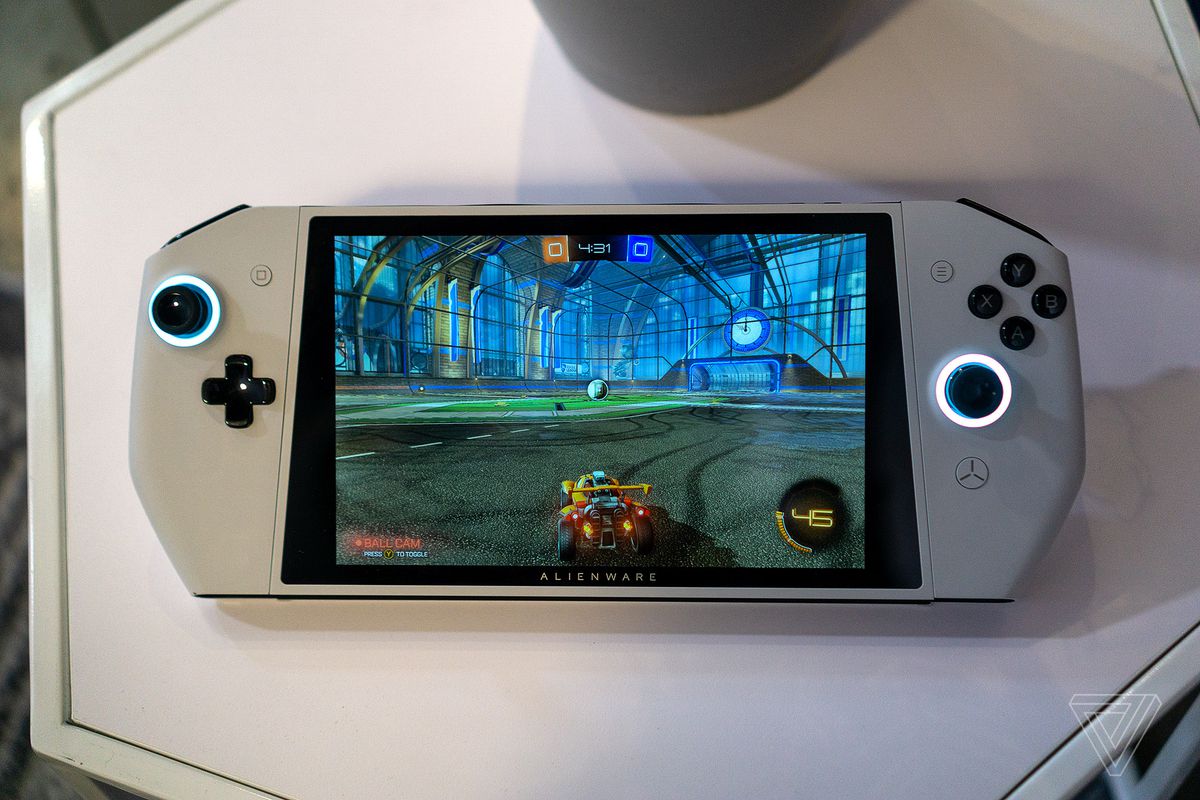 And it’s there that the potential of Concept UFO lies. The Nintendo Switch has seen great success simply by taking existing console games — like Skyrim, The Witcher 3, or Overwatch — and offering them in a portable form factor that can be played anywhere. But those games still require developers to port them over, and often result in graphical downgrades or poor performance (not to mention the requirement to buy them again).

A truly portable Windows gaming PC, though, could offer the same library of games that a regular gaming laptop or computer could, which is an intriguing concept.

Obviously, the devil is in the details here. Alienware refused to talk about any of the hardware powering the Concept UFO, so we don’t have a great idea of what kind of specs are on offer here or what caliber of game it can run. (It’s worth noting that most of the games I was able to try were less demanding titles from a processing perspective.) Battery life is another major question mark: the Switch already measures time away from an outlet in scant hours, and it’s hard to imagine the Concept UFO would fare any better, given the increased graphical demands. Cooling is a big factor, too — even just playing Rocket League, the Concept UFO’s fans were already flying, and they’re not quiet, either.